At the end of July, Richard French will retire, bidding farewell to a career in human services that spanned four decades. French started his career in 1977 at an organization that provided care for people with disabilities through the group home model. By the time he got a job with Nonotuck Resource Associates, Inc., as a program director for Berkshire County in 1997, Nonotuck had “made a clean break” with that care model, he said.

“When I came to Nonotuck, it was so amazing to see,” he said. At the time, shared living was a relatively new concept, one that Nonotuck had embraced wholeheartedly. “When [Nonotuck CEO] George Fleischner interviewed me for the job, I essentially interviewed him. I asked him questions. How do you do this? How do you insure people have human rights and what are the safeguards? …I think it impressed him that I was thinking that way. And then when I ultimately got the position, I was just amazed. It was a relief from what I had been doing prior to that.” 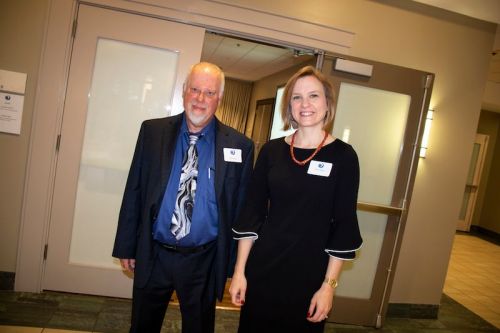 Fleischner called French “a hire for the ages.”

“We hired the right person, at the right time, in the right place, for the right job,” he said. “Twenty-three years later, Rich leaves Nonotuck with a legacy that but a chosen few carry in the 48-year history of Nonotuck.”

Fleischner said French, first as a program director and then as chief operating officer, was a teacher, a mentor, and a Nonotuck historian.

“Rich helped solidify the growth of Nonotuck by building important relationships with DDS in western Massachusetts, in Worcester County, in the northeast, in Boston, Brocton, Plymouth and on the Cape,” he said. “His most important work was with families. For several years now, Rich has taken over as Nonotuck’s lead support to families who face their most difficult decisions about residential services for their love one.”

As a program director, one of French’s responsibilities was making sure the care managers he supervised understood not just their jobs but the values at the heart of Nonotuck’s mission.

“This is a very value-based organization,” he said. “You keep going back to the values and talking to people about it, and helping them get a deeper understanding. My understanding of the values is far deeper now than it was when I first started in ‘97. Through seeing things and working with people, I feel like I've been able to help people learn the values and really incorporate them into what they do and how they talk.” 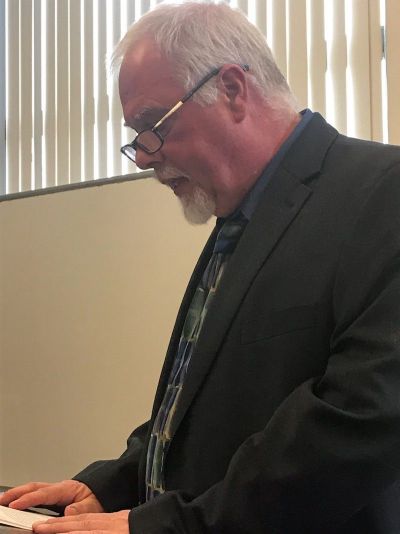 Coworkers remember French for his sense of humor, his “tender heart,” and his love of cheese sticks, but especially for the leadership he brought to his roles.

“Underneath everything was always the values we, Nonotuck, share, mutuality of love and respect, our interdependence, that everyone we serve, including each other, has choice and voice,” said Jim Kiely, Nonotuck’s director of clinical services. “Rich has been a strong, steady, so dependable and assuring leader, not above, but alongside.”

French said his own values, which he said are at the heart of his career, were formed starting in his youth in the “hippie era” (he’s a longtime Grateful Dead fan) and the social turmoil of that time. They include the idea that everyone is equal.

“My focus has been valuing people who have been marginalized and specifically marginalized because of having an intellectual or developmental or mental health kind of disability, but it's really broader than that,” French said. “My direct work is that, but it’s also people of color, and valuing everybody as a person.”

Family - his own and others - is also deeply important to him. At Nonotuck, that means listening to families and their concerns, and proving you will always listen to them. “Explain things that maybe can't be done or shouldn't be done,” French said. “But do it in a sort of an honest, heartfelt way, and then do the things that they want that you can do and that you should do.”

Deb Schnare, vice president of residential services at Nonotuck, and program director Jill Gallagher both said French acted not only as a supervisor, but also as a mentor.

“Through Rich’s commitment to Nonotuck’s values and mission he reminded me to be human and humble in the work that we do,” Schnare said. “He has always had an ear for me and been the steady voice of reason.”

“Rich has a way about him that gives you a sense of relief after speaking to him,” Gallagher added. “He is very careful in thought and takes time to reflect on what is being said before he replies. It is with that careful thought that I have learned to slow down and think about situations before reacting. Sometimes it is within that pause that some of the best ideas and plans are generated.”

Kitty Curtin, executive vice president of operations at Nonotuck, is also a shared living provider, having lived with Dan McDonald for more than 20 years.

“Our continual positive outcome was made possible by the right people, in the right positions,  true to their values and driven to do what is unique and right for people,” Curtin said. “This is done with such a degree of non-judgmental leadership, compassion, understanding. Rich has expectations of all employees to truly value and support authentic relationships.”

The arrival of COVID-19 has delayed French’s plans for travel in retirement -- he and his wife had hoped to spend time in Europe and to take their camper van to Nova Scotia and Prince Edward Island -- but he’s still hopeful they’ll be able to explore local areas. He’s also a kayaker, and says there are plenty of places to paddle without having to travel far.