Getting on Board: Ed and Georgann Moreau

Like all nonprofits, Nonotuck has a board of directors that helps steer the organization. Directors provide advice, help raise funds, and serve as stewards, keeping Nonotuck strong and focused on its mission to help people with disabilities have a choice, a voice and the opportunity to live authentic lives.

Nonotuck board members Georgann and Ed Moreau are long-time supporters of the organization. Georgann’s sister, Christine, has been receiving services from Nonotuck since 1977. Christine and Georgann’s parents, Helen and Pete Kastarakis — affectionately known as Mr. and Mrs. K — were staunch supporters of both their daughter and of Nonotuck, and both served on the board for many years. 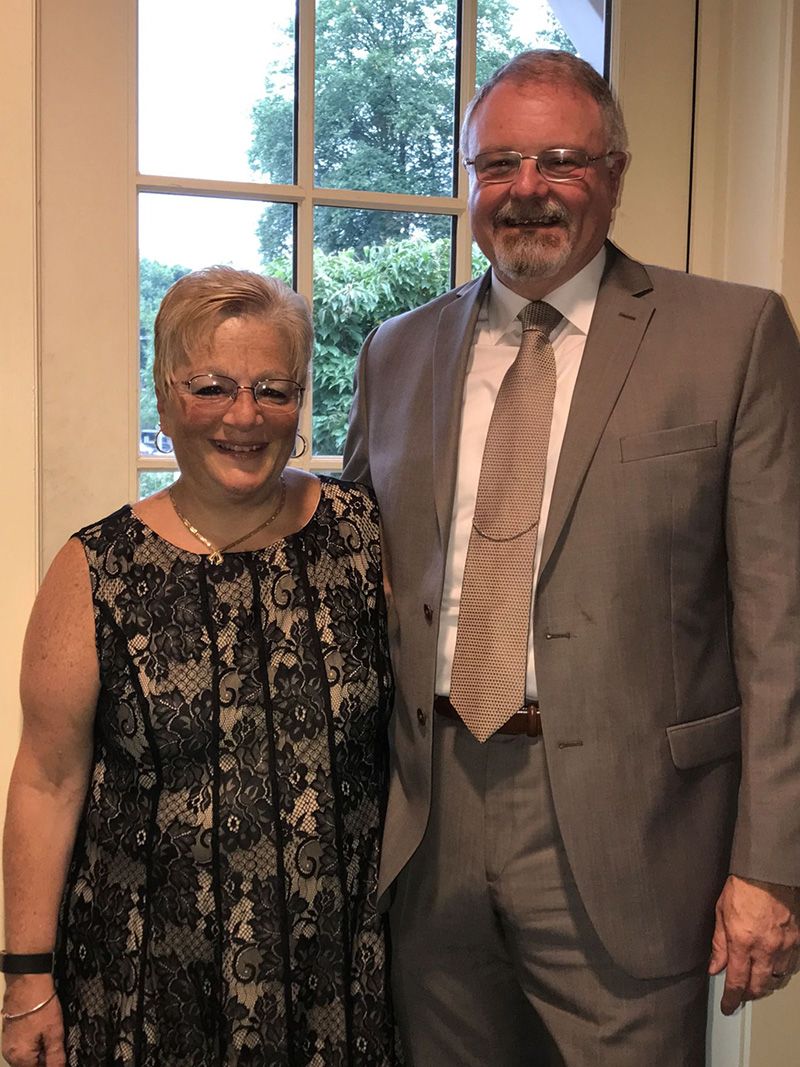 “Nonotuck saved my parents in a way,” Georgann said during a recent call. Christine’s care had consumed their lives. It was only when she moved to Nonotuck that her parents were able to step away from full-time caregiving.

George Fleischner, CEO of Nonotuck, said Mr. and Mrs. K were an essential part of Nonotuck. “They cared and loved Christine deeply and were devoted to the mission and workings of Nonotuck.”

The family was there to witness Nonotuck’s shift from group homes to shared living in the 1980s. Though Mr. and Mrs. K had reservations at the time of the shift, Georgann said they soon became enthusiastic supporters.

“My mother was hesitant because she didn't want to feel that she had to ask permission of whoever was taking care of Christine to go see her daughter,” Georgann said. But Nonotuck and the family managed to find a place for Christine to live that was very close to her family, making frequent visits possible. “Christine has had wonderful care. She had some great caregivers through the years, and now she has Mabel and her staff and her family. And they are like family to us.”

Years after her parents first joined the board, Georgann became a board member herself.

“I became a board member when my dad was still alive because he wasn't able to drive much more towards the end of his life,” she said. “So I would take him up there, and then I became a member.”

Mr. K also asked Ed if he would be willing to serve on the board.

“I really wasn't sure if I wanted to,” Ed said, “only because I didn't know what value I could bring to them because I was in my job as an environmental health and safety manager at the time. They said, well, it's nice to have input on that because we worry about safety and the health of their clients. So I said yes. And once I was on the board, I started to realize that my input does help.”

Georgann and Ed said having parents and other family members of people with disabilities on the board brings an important perspective to Nonotuck, emphasizing the personal impacts of the organization’s decisions.

“A lot of these people need to have a voice,” Ed said. “And as a board, as a group, as Nonotuck, we help them with that voice. We're not there every day. But we help in some of the decision-making in Nonotuck as a whole. And we’ll always keep representing these adults because they need a voice.”

Ed said Nonotuck would listen to board members’ input, adopt some of their ideas and work to understand their concerns.

Georgann and Ed’s input went farther than just advocating for Christine and other people with disabilities. Ed said he feels particularly good about helping to boost the salaries and benefits for Nonotuck’s employees, including the establishment of a retirement fund.

“I’m proud of that, that as a board we were able to do that for them,” he said, noting the hard work Nonotuck’s staff puts in to support clients.

Georgann says serving on the board has also brought her peace of mind.

“Being on the board of directors with Nonotuck has given me that sense of calm, that I know how my sister's being taken care of, and other clients as well,” she said. “It's like a family. Nonotuck has always been a family to me.”

“We both feel that Nonotuck is a great organization, and has helped so many people, and will continue to do so — I'm hoping — for many years to come,” she added.