As part of its work to support the cause of racial justice, Nonotuck recently held a virtual Black History Month panel on the topic of “The Black Family: Representation, Identity, and Diversity.”

Panel participants were Ron Johnson, who works for New York University and is a father of seven, Monalisa Longmore, an assistant program director for Nonotuck and an immigrant from Jamaica, and Sarye Huggins, who was raised in the Bedford-Stuyvesant neighborhood of New York City and is now a high school English teacher. The panel discussion was moderated by Nichole Bourke, a placement specialist for Nonotuck. 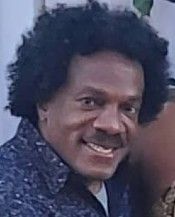 Johnson (pictured at right) spoke about the history of the Black family in America, describing the damage created by slavery, which prevented fathers from being providers and protectors.

Even after emancipation, Black families were in chaos, Johnson said. Some adults were in marriages they had not chosen themselves and many had names of their former owners. Families suddenly had a lot of decisions to make about how and where they wanted to live. But until the Civil Rights era, Johnson noted, many Black individuals did not have the same rights to work and own property that enabled white citizens to get ahead.

“Now, it is more of an equal footing, at least on the surface, of the right and the ability to be married, to have employment, to have a home and to raise your children and to carry on the traditions that you so choose,” he said. Black families now have more opportunities for stable employment, which allows them to have benefits and meet their children’s needs. 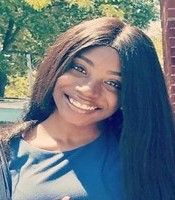 Huggins (pictured at left) talked about her experience attending Lincoln University, one of several historically black colleges or universities, also referred to as an HBCU.

“I just fell in love with the culture, the concept and the history behind HBCUs,” Huggins said, noting she was inspired by the impact former Lincoln graduates like Langston Hughes and Thurgood Marshall were able to have. “As Black people, we have our entire lives to be the minority. So why not go somewhere where you are not the minority, where you're celebrated and you're seen and accepted for who you are?”

The panel also discussed colorism, which is prejudice based on the tone of someone’s skin, often from others of the same racial or ethnic community. Longmore 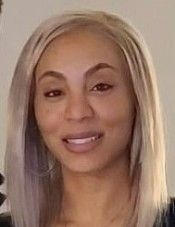 (pictured at right) said in Jamaica, lighter skinned individuals were more likely to be given “up-front” jobs dealing with the public, to be in the media and to appear on billboards. Racism was a surprise to her, however, and she and her family dealt with some culture shock when they came to the U.S.

“Over the years of being here … I've learned to just deal with it and not let it tear me down as a person and just rise above,” she said.

Panelists also discussed learning to appreciate Black culture, the importance of representation — of seeing Black people in places of power such as teaching and leadership positions — and what they want children today to learn.

“Even though we have grown to a place where we are able to have opportunities our ancestors have not, we still need to make sure that our children know enough about who we are and where we come from, so that they can pass it on to future generations, because we've lost so much of our history already,” Huggins said.

Longmore said she tells her children that they are equal to everyone, that no one is better than they are.

“As young as they are, I have to be teaching them these things because of the harsh world they're facing,” she said. “I'm not there with them every day when they leave and they go to school… so they have to face this on their own. But I don't want it to destroy them. I want them to spread love. The only way we can rise above this is that we just need to accept each other and love each other.”